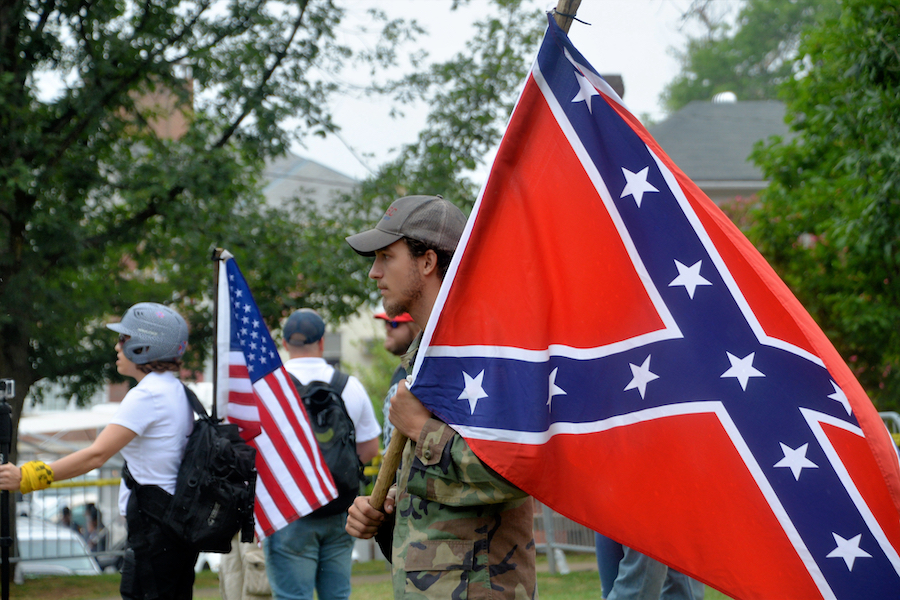 To Defeat White Supremacy, We Need an International Effort

At the June 2019 G20 summit, Vladamir Putin proclaimed liberal democracy is “obsolete,” and has “outlived its purpose.” Putin was echoing points made by leaders of populist parties across the Western world (quite a few of which Russia subsidizes). But he added a flourish, that multiculturalism is “no longer tenable.” By linking multiculturalism with liberal democracy he clarified a point too often missed in the political maelstrom: that the white nationalist ideology spread online is in inherent contradiction with contemporary liberal democracy. His comments underscore the need for political leaders of democratic countries to join forces in a full-throated international campaign against white nationalist networks and ideology.

By re-enforcing the centrality of white nationalism to the attack on democracy, Putin reminds us that we can’t afford to treat this ideology as just another partisan position taken within our individual countries. We must see it instead as a broader claim of ethno-nationalism that contests the very underpinnings of equality under the law and democratic representation. And we must condemn it as an ideology that has repeatedly been the justification for extra-judicial extremist violence, just as the world rightly condemned Al Qaeda’s and Islamic States’ ideology. A few political leaders have taken to the international stage to call for joint action, but a concerted effort -- including the U.S. – is needed.

White nationalists espouse the view, according to the Southern Poverty Law Center “that white identity should be the organizing principle of the countries that make up Western civilization." As Adam Serwer of the Atlantic Monthly explains, a cornerstone of white nationalism is the ideological belief that “citizenship is fundamentally racial, that only white people can truly be citizens." This view is indistinguishable from the ideology of marchers in what became a violent protest in Charlottesville where participants chanted “Jews will not replace us.” The killer of African American worshipers in a church in Charleston, South Carolina yelled, "I have to do it. You rape our women and you're taking over our country. And you have to go."The Pittsburgh shooter had posted on the fringe social media site Gab shortly before the attack that "HIAS [formerly the Hebrew Immigrant Assistance Society] likes to bring invaders in that kill our people. I can't sit by and watch my people get slaughtered. Screw your optics, I'm going in." The Christchurch shooter was an active reader of white nationalist online fora and haddonated to the Austrian and French branches of Generation Identity before his shooting.

White supremacist ideology is nurtured in the fever swamps of the Internet -- Gab, the Chans, and the worst subReddits. Adherents are recruited by sharing frustration and blaming scape goats. They are often radicalized through disinformation that amplifies current events (for example, claims that Islamic terrorists were responsible for the Notre Dame cathedral fire) spread online through digital networks. These networks are exploited to weaponize racial, religious, sexuality, gender, and ethnic differences.

The individual shooters are widely condemned. But too often we aren’t naming the violent ideology they subscribe to and the networks that are recruiting and radicalizing them as terrorist networks – even though white supremacists have produced far more violence  than violent Islamic extremism has. Furthermore, Western governments aren’t yet working together internationally and engaging digital platforms to take action to shut down these online groups – as they did to counter violent Islamic extremists, such as Al Qaeda and Islamic State.

It’s important to acknowledge the rationale for the difference in approaches: Violent Islamic extremist networks use more consistent language and imagery than the white supremacist networks and Western governments were more willing to tolerate false positives and possible infringement of free expression for those suspected of violent Islamic extremism than they are for violent white supremacists. But beyond that, it’s politically challenging. Right-wing populist movements in Western countries are gaining traction with white supremacist appeals. The U.S., currently divided on these very issues, is not providing the global leadership needed to push back.

But there have been examples of global leadership. After the Christchurch terror attacker killed 50 and injured dozens, New Zealand Prime Minister Jacinda Arden called for a global effort "to weed [right-wing racism] out where it exists and make sure that we never create an environment where it can flourish."

Going forward, a truly effective approach is possible with a number of elements. First, governments should name the problem and identify specific terrorist networks. Former Acting Assistant Attorney General Mary McCord and others have called for the U.S. to pass a domestic terrorism law in order to more effectively respond to the rise of violent extremists here. Canada added to its list of terrorist organizations an international neo-Nazi group, Blood and Honour, and its armed branch, Combat 18. The same day, the Canadian Security Intelligence Service cited right-wing terrorism as a threat to the country’s national security and said it was increasing resources to understand it.

Second, we need international cooperation. In April, Canadian Foreign Affairs Minister Chrystia Freeland at the United Nations General Assembly stated, “White supremacism and Islamophobia are among the gravest terrorist threats that the world is facing today.”Then in May, Ardern and French President Emanuel Macron convened the Christchurch Call to Action Summit to “bring together countries and tech companies in an attempt to bring to an end the ability to use social media to organise and promote terrorism and violent extremism.” The leaders and companies pledge to “eliminate terrorist and violent extremist content online.” Seventeen countries signed onto the pledge, even though the U.S. refused. The FBI tracks terror threats and could very fruitfully participate in this global effort.

Third, leaders must give the lie to Putin’s dystopian fairy tale: telling the positive story about how pluralism contributes to and is a necessary component of contemporary liberal democracy — that our strength comes from inclusion, in economic, as well as political and moral terms. In fact, almost half of CEOS on the U.S. Fortune 500 list are immigrants or children of immigrants. And, demanding that politicians disavow those who promote conspiracy theories and hate speech, as well as foreign money, hacking, and Internet disinformation that promotes it – as well as race or religion-based voter intimidation and suppression. These tactics are not just usual dirty politics. They should be out of bounds under the rules of constitutional democracies.

Fourth, as Macron stated, “we must show that democracy is effective.” Reform of government policies is needed to respond to the significant disruptions of recent years – due to technology, finance, trade, war, and immigration – and improve the lives of citizens. Many of these reforms are being held hostage by those who would fan of fears of ethno-nationalists and promise a return to an earlier, less diverse and less globalized era.

Fifth, governments will need to reduce the vulnerabilities of the digital platforms that these extremist groups exploit to recruit and radicalize. Complementary regulations in various countries could require digital platforms add transparency to help stymie attempts to funnel secret money to campaigns and launder influence. They could also temper immunity of platforms for content encouraging unlawful violence (posts that constitute conspiracy to commit violence or serious online harassment) or require that they adopt codes of practice to qualify for liability limitations for resulting acts of violence.

White supremacy is a cancer in today’s democratic societies, exploiting weak immune systems. Recent elections where nativist parties fared less well than expected provide a reprieve -- but to take advantage of it, defenders of democracy must come together to fight for the patient with a clear view of the disease.