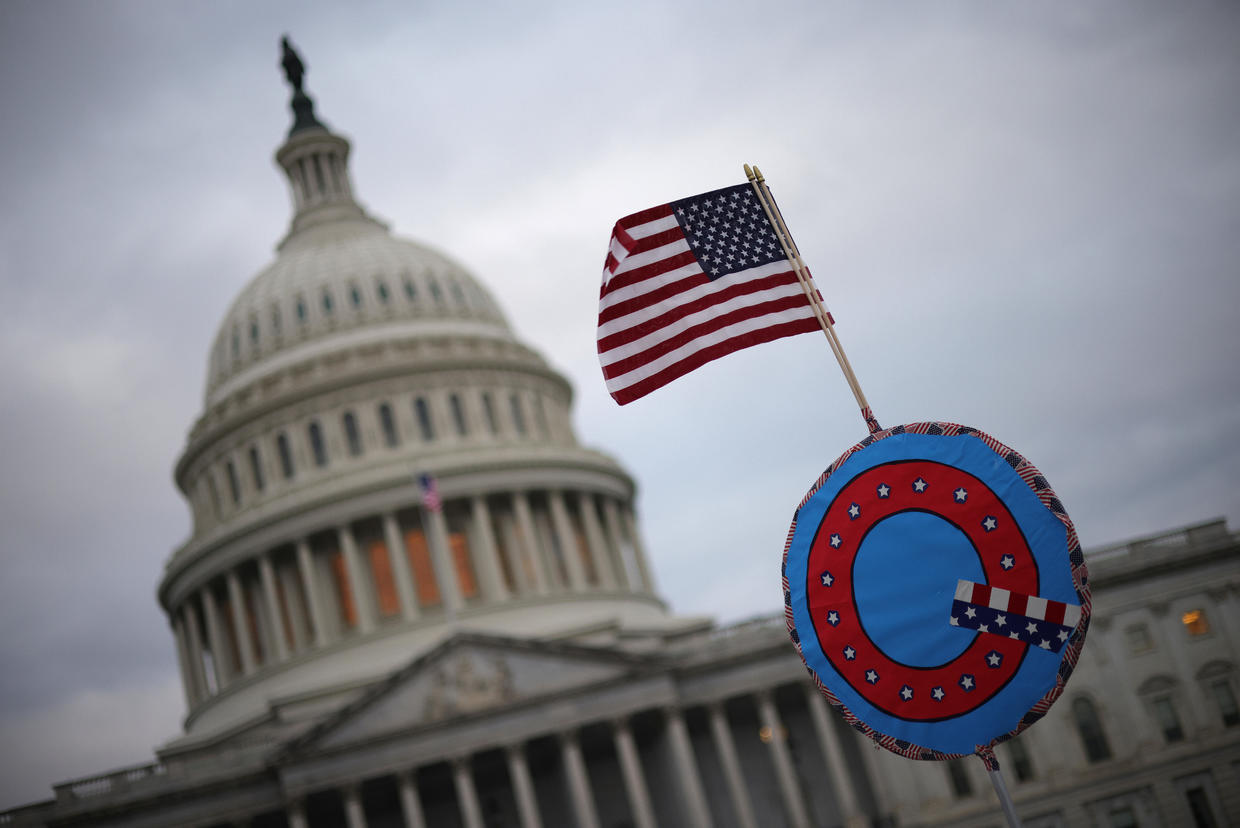 "It was a drug": Capitol riot exposes reach of QAnon disinformation

"President Trump did not cause the attack on the Capitol on January 6th," Greene said at a town hall on January 28.

For his part, former President Trump has sidestepped QAnon, claiming he knows little about a movement at the core of his support.

"I've heard these are people that love our country," Mr. Trump said in August 2020.

Disinformation reached new heights in 2020. A recent study showed Facebook users interacted with deceptive posts more than 1 billion times in October, November and December — about twice the total leading up to the 2016 election.

"That even when people were increasing their news consumption overall online, their consumption of the set of information from the deceptive sites was even greater," said Karen Kornbluh, who leads German Marshall Fund's Digital New Deal project.

The QAnon world is rooted in a belief Mr. Trump can save society from a cabal of Democratic pedophiles running a global child trafficking ring.

"It was a drug. It was absolutely a drug," said Jitarth Jideja, a former QAnon believer who said he lost almost two years of his life to the cult.

"You should be really scared, these guys are dangerous. they're more dangerous than white supremacists," Jideja said.